A geographic chart is a map where data can be plotted at different locations across the world. It represents the data as a map to give a more accurate insight into the location of the data.

The per capita GDP in Brazil is along the median of the South American countries. Chile, Argentina, and Uruguay have the highest per capita GDP. 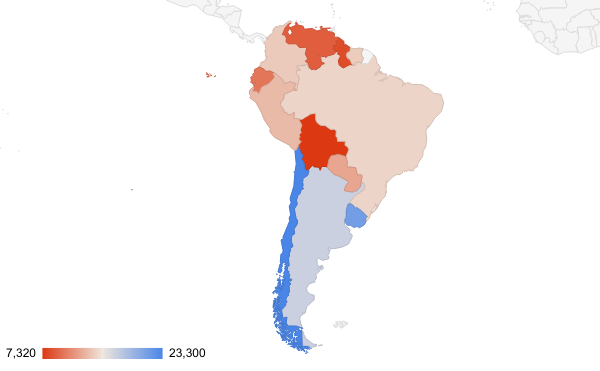 Brazil has the largest economy in South America, which correlates with its population also being the largest.