Has anyone got a really good analogy or simple explanation for what a 'class' is?

I'm referring to this PHP video, but I've got a feeling I came across it in Rails too..

Randy describes it in this video but I can't quite wrap my head around it. Can anyone help me out with an alternative description? 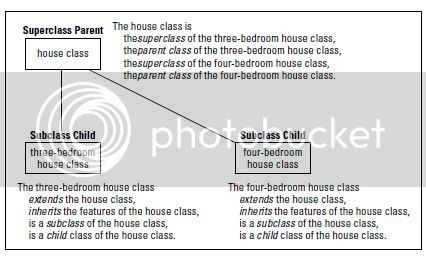 *partially taken from Java For Dummies

This is fantastic! Thank you :)

So the class is a framework/blueprint to create objects - it tell objects what methods and properties it should include - but can you add properties and methods to an object that has been created from a class? i.e. customize it?